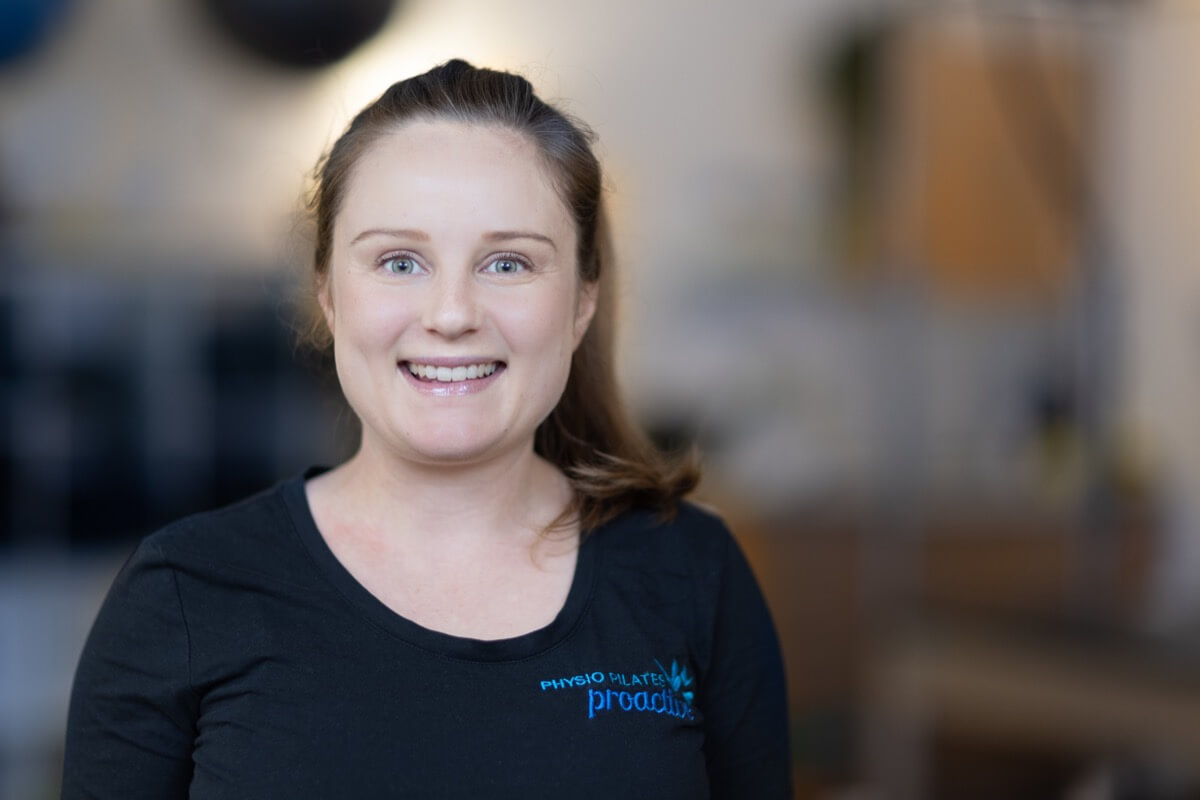 “I feel so lucky having an active job where I get to teach clients how to look after their bodies (and minds!) through active management.”

Caitlin’s Physiotherapy Pilates Proactive journey commenced back in 2005, as a Year 11 work experience student mentored by Rachel and Jane. She was also attending classes at the time and remembers thinking, “what an amazing job it would be to do this all day!” Fast forward to 2010, and she had completed her Bachelor of Physiotherapy. After a stint in Aged Care Rehabilitation, she joined PPP part-time in June 2011 before moving into full-time work six months later.

According to Caitlin, she “has never looked back!” She loves being part of such an active community and the job’s variety. And right back at Caitlin, whose positive and empathetic nature, not to mention exceptional teaching and clinical skills have certainly made her a valued member of the PPP team. Caitlin is also known for her wonderful baking skills and belief that a recipe without dark chocolate is just not good enough!

When torn away from the kitchen, Caitlin has been known to head out for a hit of tennis or a game of Netball. She has also become a bit of a DIY aficionado as of late, having taken on the job of renovating her Adelaide Hills cottage.